How did the toad cross the road?

Posted on November 8, 2015 by Sustainability Scott 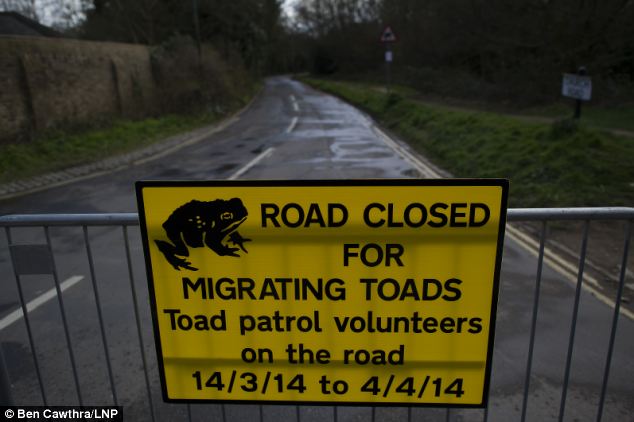 Unsuccessfully is usually the answer to that question. Thousands of toads and frogs are killed on roads each year as they migrate back to their breeding grounds. This often leads to road closures and teams of volunteers carrying frogs and toads over the road in buckets.

Happily though, authorities have realised that building a tunnel would be a better way of doing things. This week the French have unveiled their new €65,000 tunnel in Brittany which aims to prevent around 1,200 frogs and toads being killed every year, leading to chaos on the roads. It may seem strange but frogs are actually protected in France and have been since 1980 when frog hunting was banned due to low population numbers. Here is a fun French frog fact (go on, say it three times), most of the eighty million frogs consumed in France are actually imported from China.

Tunnels are not a new idea as they are present in many countries such as Wales and Germany However the tunnels do not always work as their success depends on exactly where they are and where they lead. In Wales for example, the frogs were crossing the road to reach a 300 metre long shoreline of a lake and the addition of a tunnel approximately 1 metre wide had virtually no effect at all.  The frogs ignored it as they were able to enter the water at any of the other 299 available metres, which meant they continued to cross the road . This resulted in the local authorities having to continue to close the road and rely on volunteer help. It is puzzling that volunteers were required as, if the road was shut,  then the  toads were in no danger and could surely have reached the lake without the indignity of arriving there in a bucket.

Another tunnel project failed in the USA as the tunnel initially was to small and dark, then it was electrically lit resulting in extremely high temperatures which proved fatal at times. To top it off the birds learned that they could wait at the end of the tunnel and pick of any toads that made it out. It was a badly thought out project although the construction of a six lane highway on a known toad migration route was really the key problem, not the poorly designed tunnel. Therein lies the problem, mitigation will never be better than avoidance which is why projects are meant to have ecological surveys done and taken seriously. Sadly this is often not the case which is a shame as the tunnels can do a lot of good when people think them through.

I read a very serious article about this and the writer pointed out that, “despite the name, toad tunnels can be used by other animals” which is an important, if glaringly obvious point. As shown below, successful tunnels in Canada (who else would get it right?) have attracted a range of wildlife.

Some Canadia tunnels or “eco-passages” can fit large animals quite easily.

Most the successful tunnels have some sort of fencing or tarpaulin bordering the road which helps to funnel animals into the tunnel. In comparison is seems like many of the other projects consist of spending a lot of money to build a small tunnel that serves no real purpose, more of a token gesture than a well thought out plan. It’s great that the volunteers and Wildlife Trusts go to the effort of arranging for roads to close and patrolling them but we shouldn’t have to rely on them to do this. A bit of forward thinking, ecological surveys and well thought out mitigation measures may solve the problem.