Biomass: Carbon Neutral or not?

Posted on May 4, 2021 by Sustainability Scott 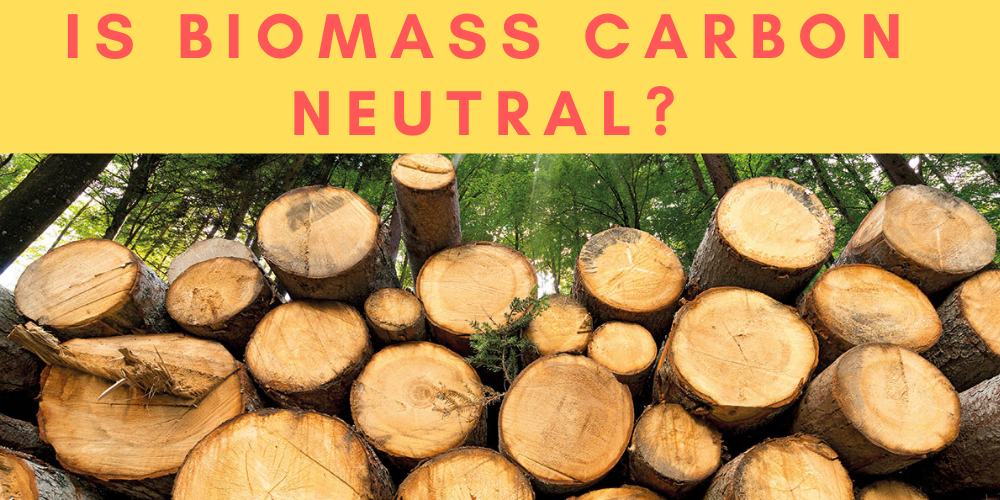 Biomass was recently in the news with the EU reviewing it’s policy, essentially deciding whether they support it. The biomass industry is quite open that is not all good, basically saying the wood used for biomass should be scrap wood or low value wood and we should not be taking good quality forestry and cutting it down for biomass.

This was always a divisive topic with someone telling me years ago that they couldn’t understand why the UK uses high quality wood for biomass whilst others use cheaper wood. Personally, whilst I see the point, I don’t agree that is at all relevant to the carbon neutral argument. It makes no difference what the value of the wood is that you burn in terms of emissions.

Some, mainly politicians and lawmakers, define it as carbon neutral as the tree can only release as much carbon dioxide as it has absorbed in growth. Thus it has taken in X amount and now releases X amount when burned. In theory you then replant and all is well.

It’s a fair argument, but oil is made of old animal and plant matter too and “only releases what was taken in”, that doesn’t make it ok though. Anything you burn can only give out what it absorbed, that is not valid argument. Neutrality depends on timescale as ultimately everything is a cycle. If we went to biomass on a large scale our carbon emissions would increase dramatically thus it is inaccurate to say it is neutral. Is a forest fire carbon neutral? Unless you actually define what “carbon neutral” means it has no meaning at all.

Timescales really matter here, it’s like offsetting. If a tree takes 70 years to grow and you burn it in 7 minutes that cannot be considered equal just because you replant it. You would need to plan hundreds of trees for each felled tree to compensate and even then you have issues of damage, failure to grow, forest fires etc.

Also, you have air pollution and biodiversity damage that exacerbates the issue. A lot of this is political with scientists saying it is not neutral and politicians saying it is. Burning trees looks cheaper than investing in energy but it really isn’t, not with solar reaching an all time price low. A low that no one predicted incidentally.

Personally I really struggle to see where biomass fits in a low carbon energy system. We burned trees for fuel thousands of years ago, to do it now and call it progress seems a very tenuous argument.

What do people think, is biomass a good thing to support or should we look at other options?

If you found this useful and would like to donate to the running costs of this page please click below:

← Lies, Damned Lies and Climate Targets
How Bad is Bitcoin? →